So far we have seen how to install OpenCV and capture images from a video stream. Today we'll see how we can detect circles (or balls) in an image. Last year, the biggest challenge of PiWars was to be able to detect coloured balls kept on four corners of an arena and drive a robot towards it. Now I don't know if they will have the same challenge this year, however we can use this as a starting point to use a few more OpenCV tricks. Today we'll learn about how to use Hough transforms in OpenCV and how we can use it to detect balls in an image.

Hough transforms is used loosely to cover the mathematics involved in detection of shapes in images. The original Hough transform was invented to machine analyse images of Bubble chambers. But Hough transforms as we know now and implemented in OpenCV was adapted for generic shapes like circles and ellipses was improved upon much later by Richard Duda and Peter Hart.

Anyway, enough history, here's the wikipedia article if you are really interested.

Also applying a proper Hough transform is too compute intensive so Open CV uses what's referred to as Hough Gradient.

We will use this image of me holding up a red ball as our input and try to detect the ball and draw a circle around it as well as put a red dot at the center of the detected circle. 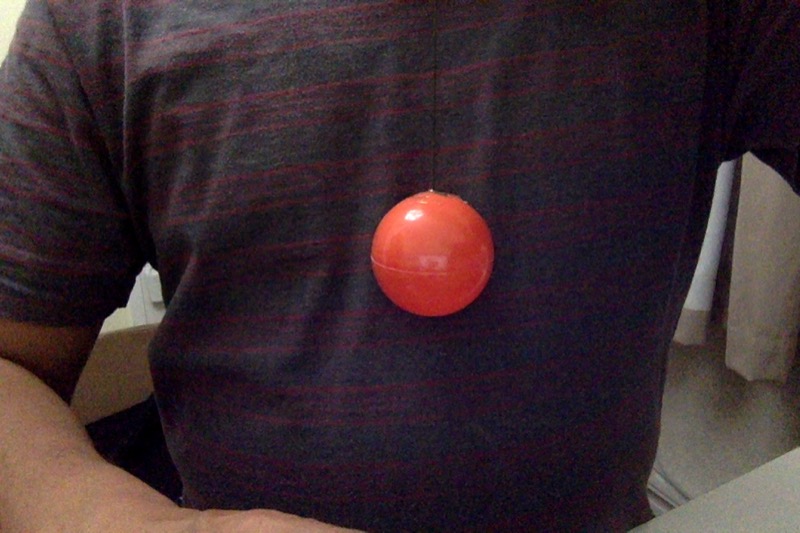 I played around with the param1 and param2 till I got the transform to detect the ball. Initially it was too sensitive and there were lots of false positives. Eventually with the values provided above I ended up with the following image. 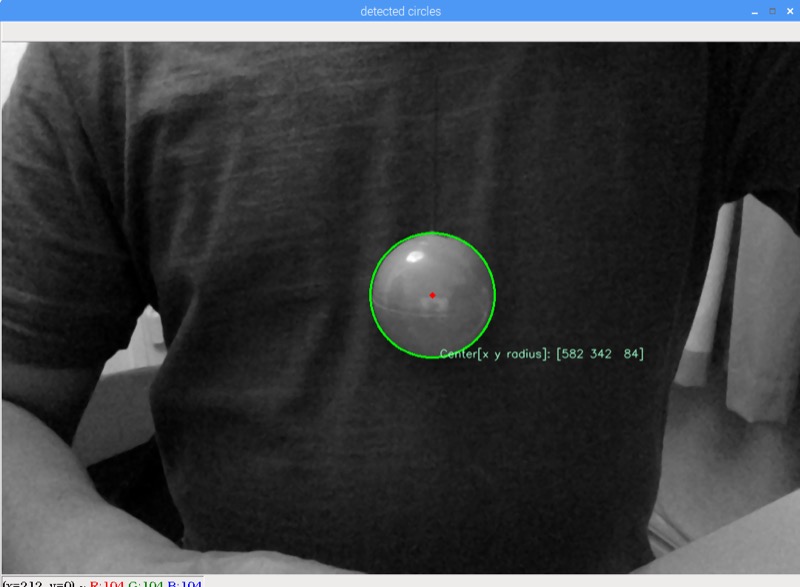 As you can see I've also super imposed the detected circle in green, its center point in red and a bit of text indicating the position of the circle. We need the following code to do this:

circles is populated by the Hough transform OpenCV function, containing an array of detected circles. Each circle itself is an array of the x, y co-ordinates for position of the center and the radius to draw it around.

We call the circle function twice, to draw the circle and the center point.

Once all is done we show it in a form using the imshow call.

The full code listing is as follows

Next we will try to detect multiple colours and draw circles in the detected colours but before we do that we'll see how we can build a little UI that can help us calibrate our algorithms so we don't have to guess values (like we did for param1 and param2 above).