PiWars Update One: Steering (out of) control

It's been a couple of weeks since I posted, thought I would share an update.

Most progress has been towards proving things wrong (which is important) but not much has gone right. I would have liked to have a moving bot by now. While there isn't much todo to get it moving, lack of steering the way I wanted it, is concerning.

We did manage a few small successes:

The first design iteration didn't have the steering motor mount, so I had to hack the font-panel to squeeze in the steering servo. 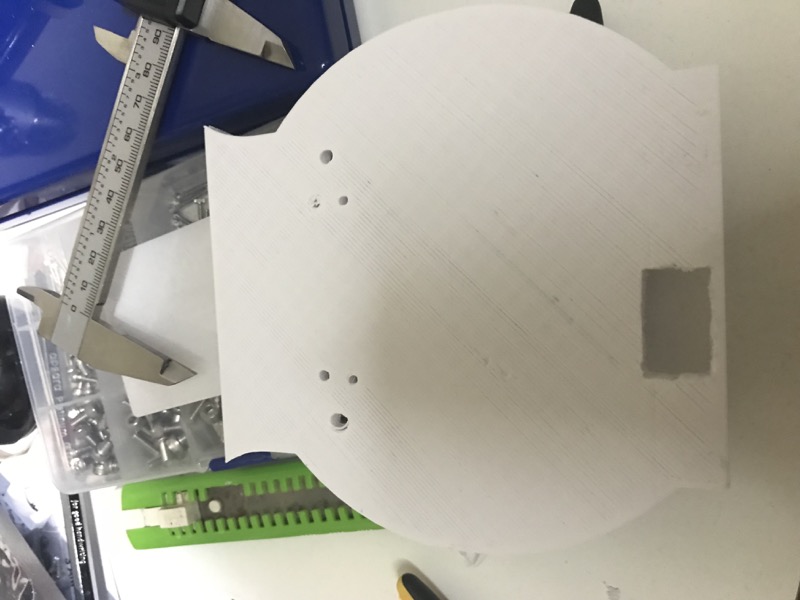 To be honest I had absolutely no idea on how to use the servo horn to actually steer the bot. Once I mounted it, I found the two columns for attaching the sensor mount to the motor mount, were near-perfectly placed to be used for moving the steering panel.

I attached it to the UltraBorg and got a very shoddy jerky movement using a slightly modified default test code that comes with the UltraBorg samples. The default code had a sweep to 'zero' built in, so even though I reduced the min and max angles I ended up with a jerk for the sweep motion.

It moves, not steers! Tiny bit of progress there! Looks like a design v2 is needed already 😬 #piwars #robots pic.twitter.com/hL1FUAAXCW

The above tweet started a nice chain with Tim Freeburn, who immediately suggested that I needed a bigger motor :-).

Definitely want a much larger and more powerful servo there

For the uninitiated, Tim is the boss at PiBorg and he knows a 'thing or two' robots :-). He basically confirmed what I had suspected as soon as the motor had come in - The tiny servo wouldn't be powerful enough to turn the big and heavy steering mount. I hoped it would be enough to at-least validate my idea and positioning of the motor and if I was lucky be able to move the steering when the bot was jacked up.

So I hacked up the sample and moved the sweep back into to a different script (centering.py). The test script only flipped between moving left and right.

This resulted in a much more controlled movement.

Much gentler and controlled movement. Now to build something that removes the dead spots.l and integrate with US sensors #PiWars pic.twitter.com/wFgbuJUiOV

As you will see, while moving right, there is a small dead space where the motor is moving but the the steering is not.

Happy that I had nearly nailed it I decided to tie the horn to a little wedge between the two columns to remove the dead space. 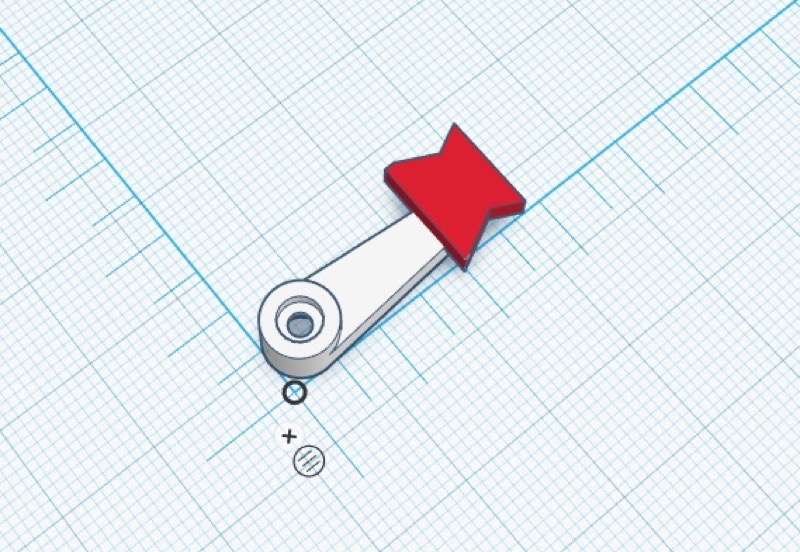 Problem with this is, tying an arm (the horn) that is moving in a circular motion, to something that's at best linear will result in lockup when the linear bit moves further than the arm's length. As a result the steering still struggles to move right. Also the X shape of the wedge isn't helping either. It's too tight a fit.

Next iteration of the wedge I'll make it so that horn is not tied linearly.

By this time I had realized that an upgrade to the steering motor was mandatory. However the size of a motor with about 20Kg/cm of torque is literally double of what I have. This resulted in major issue with placement. I just couldn't place the steering motor at a place that didn't require major changes to the design and layout. Instead of moving everything I decided to go for a steering design overhaul. This would help take care of an issue with the previous design where both front motors moving at same speed would be harder to steer. One of the ways street Cars handle it is by turning the inner wheel (wrt to direction of turn) more than the outer wheel. I couldn't do this earlier because my wheels were locked at the end of the steering mount. New design will hopefully have independent turning radius for each wheel.

I have since ordered the new servo. I realize this design-redo will take at least till end of November to finish. This is a big delay in scheme of things and I really don't want to wait that long. So I am going to split things up.

Get the steering locked at center and start thinking about tank steering all the way. Get the Bot moving and make sure it is controllable via two controllers at least (Rock candy and XBox One).

Secondly, continue with the 3D design for new Motor mounts and steering mechanism. As someone with absolutely no experience in Automobile engineering and steering mechanisms, the design I am aiming for is very ambitious. I am determined to crack it and hope, by the end of the year, we will have a uniquely maneuverable bot.

In the next update I will hopefully be able to share some code with line-follow and maze-solving capability, till then happy robot hacking!