It's been a while since I posted an update. We have been head down in a - coding, building, designing printing and repeat loop. Unfortunately, it still doesn't mean we are done with all the challenges. However, we have made some progress in understanding how computer vision works. Must add Pixy has made our life much easier. We have done a part of ball follow and redone straight line speed using PixyCam.

In the last update I showed how we had setup the 270 degrees servo as a part of a pan tilt mechanism to follow a colour. Next step was to get the Bot moving in the direction it found the ball.

The Algorithm is pretty simple.

Works well in theory. Key things to be aware of, tank turn by degree is fairly subjective because the DC motors only understand on and off. So to move x degrees you have to run one side wheels one way, the other side wheels the other way for y amount of time. The x value can be determined by the factor of motor rpm, wheel circumference, wheelbase size etc. Or if you were me, simply wing it and use a number that works best.

So far I have managed to get the bot to chase two balls together whether it is in front of the bot or behind it. The logic to look behind needs to be updated so that it goes back a little before it starts looking for it. With cream colored walls and faux wood flooring tracking yellow is a bit of a pain at the moment. To top that Amazon decided that throwing in a delayed Prime Delivery would only liven the challenge. So my arena creation wasn't complete over the weekend.

Hopefully it will be done in the next couple of days and I'll be able to complete this challenge well and truly.

Here it is nodding around like an excited puppy

“Where is it, where is it, oh behind me? Found yaaaa!” Pi-o-steer is getting Puppy-ish qualities or maybe I am imagining it 😂🤣 #PiWars #OverTheRainbow pic.twitter.com/Au9XFymrNK

I ordered two massive rolls (10m each) of black poster paper to use as base of my arenas. It will save me some time painting and waiting for paint to dry. I used a mix of cardboard packing boxes and some spare timber planks to setup the side walls for the straight line speed track. Nearly ran out of 'house' (turns out 24 feet has a lot of 'foots'). 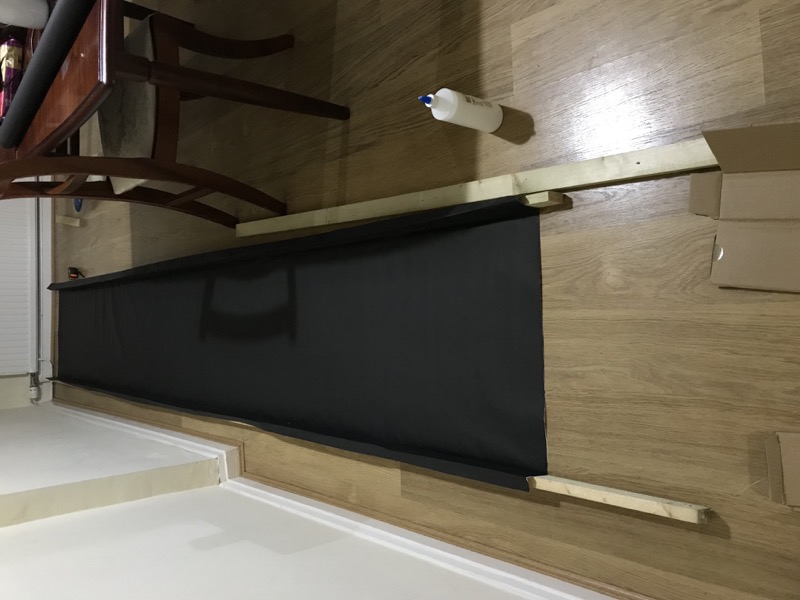 As per information provided by the organisers, the white line is going to be standard white insulation tape (19mm wide) down the middle with two narrowed out sections in the middle.

(Sorry about the skewed images, looks like the phone missed a trick with the accelerometer)

The narrowed out sections are more significant if you are using Ultrasonic sensors because you have to adjust for the narrowing on both sides before you take any corrective action.

Advantage of doing line follow is you don't veer too much you don't have to worry about narrowed out sections.

With that we were able to achieve a fairly respectable speed with current set of wheels. Here's a video.

I think we have nailed the straight line speed! Now to test in various lighting conditions! #PiWars #robotvision #pixycam pic.twitter.com/TppEPmGOBI

It did stop at the end of the line 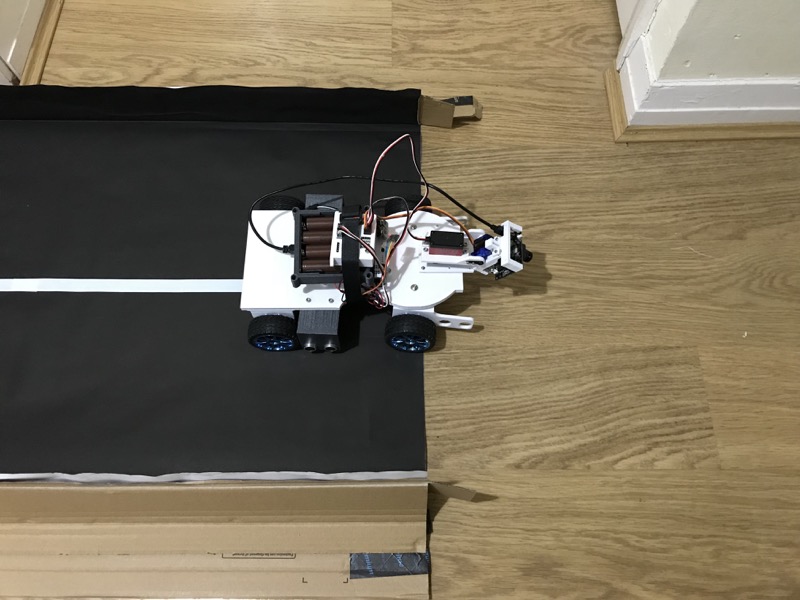 Though the above position breaks the laser hence triggering the timing device I might just make a foot long section out of paper and leave it at the end of the track so that the bot actually gets off the track completely.

Whether the robot gets done or not, we are going to PiWars 2018 alright, because are team hoodies are here :D 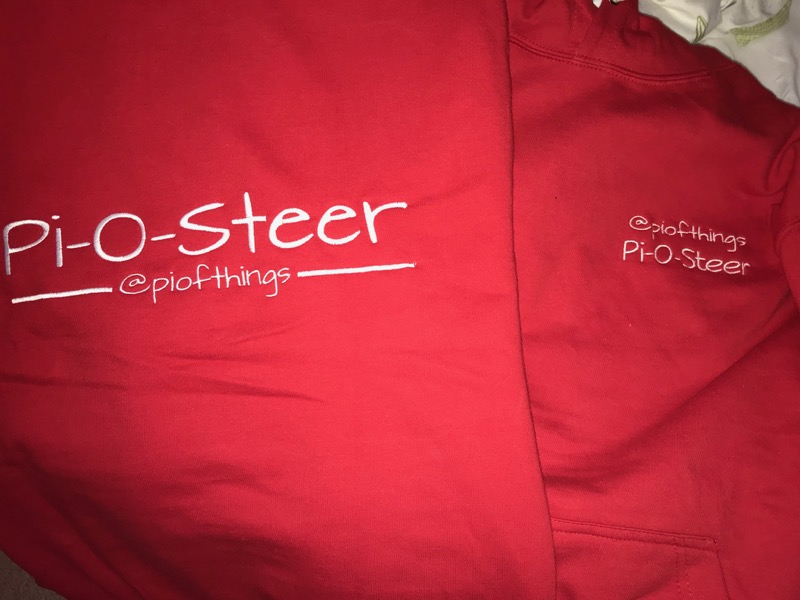 They were ordered from www.tshirtstudio.com